#cam4art broadcasts performances live from bedrooms, galleries, schools and anywhere with a webcam and an internet connection.

#cam4art 2016 is an online webcam-based performance art event taking place between Friday 25th to Wednesday 30th November that responds to digital intimacy and internet culture. It is a unique event that grants artists the autonomy to broadcast from bedrooms/schools/galleries and anywhere with a webcam and an internet connection.

During the event, a link on cam4art.com will direct viewers to a live-stream site where artists from across the world will stream their performances live. Subsequently, each performance will be documented and archived on the #cam4art website for viewers to watch after the live-stream has ended.

The Dissenters’ Gallery exhibition presents the output from the event breaking the connection to the internet and allowing individuals and group audiences to view and discuss the work face-to-face.

Private view: Thursday 24, 6-9pm. Facebook event. | EventBrite.
I can’t make it to the private view but I’ll visit the exhibition on Saturday 26th around noon as I’ll be in London that day.

Visions in the Nunnery is a renowned showcase of contemporary moving image and performance work, returning to the Nunnery Gallery, London for a special celebratory tenth edition this October. Selected from over 1500 world-wide submissions, combined with a star-studded list of invited artists and previous exhibitors, the show will present a unique and exciting platform for cutting edge digital and performance art.

Visions Programme 2 explores the diverse methods and approaches artists use to address theparadoxes, contradictions and possibilities of image-making and representation in a ‘post-digital world’. Often working with anod to processes and contexts of the recent past, work tackles the politics of identity, place, nostalgia and negotiating alternative world-views.

Melanie Menard, Ope Lori and Stacey Guthrie’s works focus on identity, sexuality, power, difference and the creation of alter-egos. In an attempt to negotiate gender roles, binary structures, inequality and performativity, the films use humour, theatricality and absurdity to draw attention to these moments of creation, destruction and equilibrium. 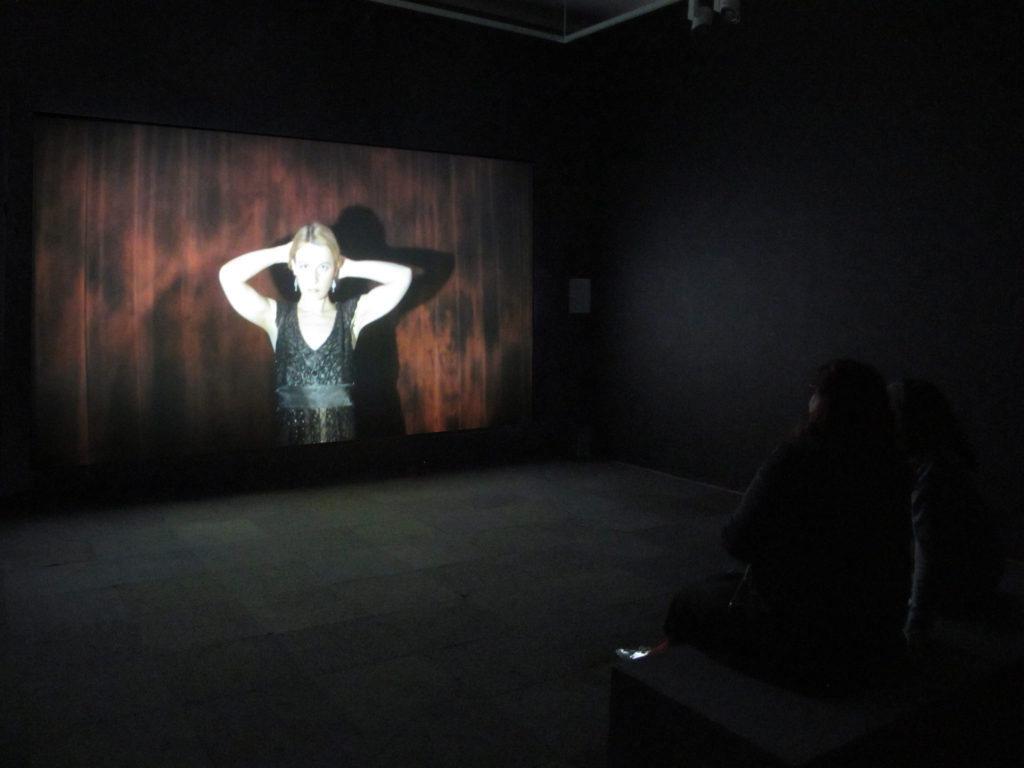 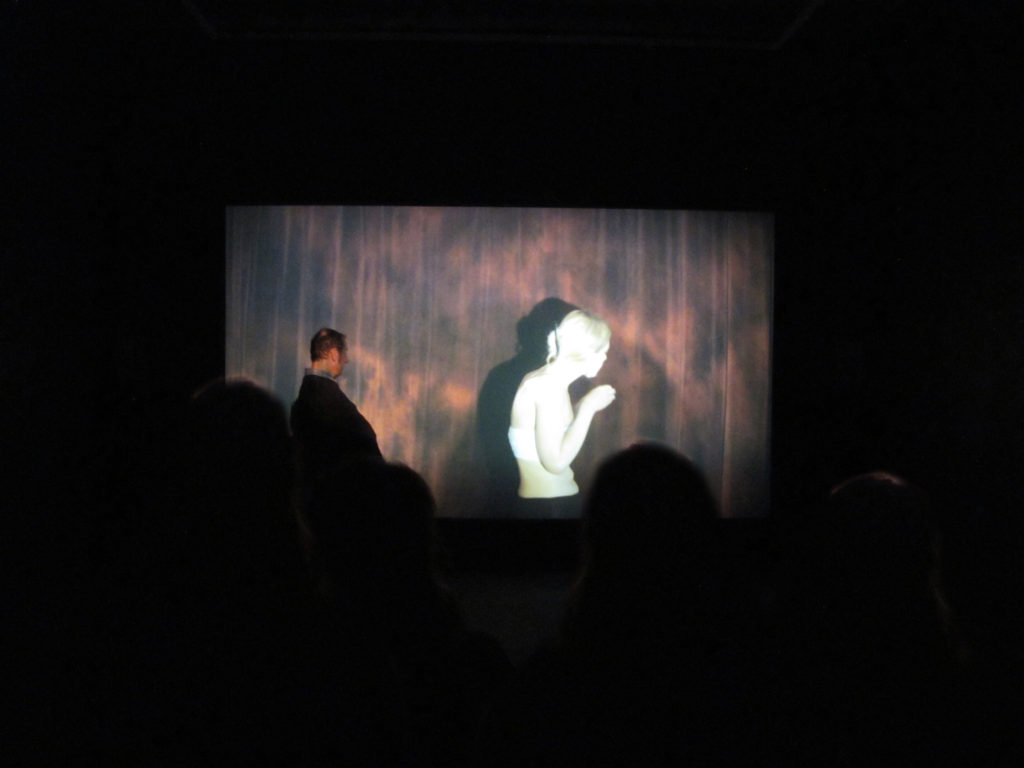 Exhibition Catalogue (my work on page 25)

After the initial shock of the referendum results, pro-Remain MPs are starting to wake up, with David Lammy, Labour MP for Tottenham sounding like the progressive voice of reason. The prioriy right now is not what faction of the Labour party David Lammy belongs to, or whether you prefer another party altogether, the priority is to think rationally and practically in terms of the most probably chains of consequences if the UK follows through with Brexit and do what we can to help anyone who makes their priority to try and stop it.

If you care about trying to save the UK, please do as David Lammy says to help him: sign the petition asking for a second referendum and email your MP asking them to consider the ADVISORY result of the referendum together with other sources of evidence (expert advices about the economic consequences of Brexit, the leave campaigners already backtracking on their NHS and immigration promises ON THE BASIS OF WHICH THE PEOPLE VOTED LEAVE, the risk of Scotland getting their independence and the UK collapsing, a new ‘lost generation’ of under 24s and, in a lesser measure, under 35s, dragged out of the EU against their will and having to suffer the consequences for decades).

If you are short on time, please feel free to use as a template the letter to my own MP copied below. There is a generic template suitable to any Pro-Remain MP (my MP is a Tory) with an added paragraph if your MP is on the left (I also emailed Caroline Lucas from Brighton.)

I am writing to you on my own initiative and not part of a write-in campaign. I signed the petition asking for a second referendum that has now reached 3 million signatures. This petition should be debated in Parliament next week and I urge you, as my MP, a Remain backer [ SATISTICS FOR BRIGHTON: and the representative of a city who voted Remain at 68% with a 74% turnout – REPLACE WITH YOUR CITY’S STATISTICS or delete if your city voted leave], to do everything you can to delay Article 50 of the Lisbon treaty until the British people are fully aware of the new developments regarding the consequences of Brexit, be it by a second referendum asking people to decide on a clear practical Brexit plan instead of an abstract idea, a general election or any other way to stop sending the country into a self-made recession. An initiative in that direction has been started by David Lammy, Labour MP for Tottenham, and I urge you to support his efforts when the petition is discussed in Parliament.

The leave campaigners are already backtracking on their NHS and immigration promises, on the basis of which many people voted to leave, and there is a added threat of the United Kingdom collapsing as a country, with Scotland obtaining its independence. Many leave voters are already having second thoughts with these new developments, but once Article 50 of the Lisbon treaty is triggered, there is no going back, the UK will have to leave the EU within 2 years, regardless of whether the deal it gets meets the original expectations of the leave voters or not.

The result of the referendum is only advisory, therefore I urge you and the vast majority of your fellow MPs who backed Remain to consider it together with other sources of evidence including:

I urge you to consider the result of the referendum together with all other sources of evidence, and to take the best course of action to protect the country from self-harm.

[INSERT FOLLOWING PARAGRAPH ONLY IF YOUR MP IS ON THE LEFT, LEAVE OUT FOR PRO-REMAIN TORY MPs]

As a fellow progressive, I recognise the ‘leave’ vote as a protest vote against Tory austerity, but the leave campaigners immediately backtracked on their one anti-austerity promise (more money to the NHS). Therefore, I strongly believe that taking the referendum result to the letter and triggering Article 50 immediately would send the UK into self-destruction: ultra-right wing people like Iain Duncan Smith who single-handedly dismantled the Welfare state in the past 5 years would only get rid of what little workers’ rights the EU offers (such as maternity leave, sick leave, 48 hours week) and the European Convention of Human Rights. The loss of these rights will only make it worse for the people already affected by Tory austerity. Their anger will grow, but because their original protest vote was strongly tainted with xenophobia, it will not take the form of social protests but of right-wing, populist riots most likely involving acts of violence against EU migrants, especially from Eastern Europe.

[CONTINUE FROM HERE WHATEVER YOUR MP’s PARTY ]

With the leave campaigners backtracking on their promises and unable to come up with a practical plan, and the economy already suffering within 3 days, there is a chance to get the moderate leave voters to regret their decision now that they are faced with the full consequences. You and the vast majority of your fellow MPs who back Remain have the power to delay triggering Article 50, and save the country from self-destruction.

[YOUR NAME]
[YOUR ADDRESS]

In August 2015, “Ghost House” and “Disciplinary Institutions” were screened at Usurp 5 Festival London. On Saturday 19 March 2016, both films were screened in India at a Festival organised by Usurp 5. I’m only advertising after the fact as I was very busy last week and don’t know anyone who lives in India 🙂

Usurp Art from London is thrilled to invite you and your friends to a special screening day of international award winning art films at the iconic and amazing India Habitat Centre, our first time in India. Full programme and running order as below.

I made a standalone interactive video webapp with AngularJS and Videogular.

A Live demo is now available, with a temporary video (a mute version of the Ghost House video) and random scenes. The creative side still needs to be done, I need to find an appropriate concept to use this code with: probably a journey into someone’s mind as they take decisions, or a maze of some sort.

If you’re into that sort of things 😉 you can find the code on bitbucket and a brief technical explanation here: I overlayed a UI layer made with Angular views and router on top of a HTML5 video powered by Videogular. The UI layer controller retrieves the scene structure (with start and stop timings) from a JSON file via a custom service and displays custom UI for each scene offering the user to go to various other scenes. When the user clicks on a UI element, the router goes to another scene and the UI controller dispatches an event saying the scene has changed. The video controller catches the event, plays the video sequence associated to the new scene, and dispatch an event at the end of the sequence.

This project has its own page under ‘Digital Media’ where updates will (very slowly) be posted.

Tricyclic Transform was screened last Sunday 31/01/16 at Flying Dutchman, London for FUCK / LIVE / ART – Franko B Birthday Bash. But I got busy and forgot to advertise it 🙂

I’ve been reading about the Decadent movement as background research. Today, I learned something that made my day in the introduction of the English translation of Huysmans’ A Rebours (Against Nature).

Huysmans wrote most of his novels while sitting at his desk at his day job at the French Ministry of Interior, often using official Ministry letter paper to save money. When he retired, he stole a bunch of stationery on his way out and re-titled the letterhead “Ministry of Interior Life”.

Now, the pun works perfectly in English, but “Ministère de l’Intérieur” would not morph as neatly into “Ministère de la Vie Intérieure”, so I’d need to check the original source to find out exactly what he’s supposed to have scribbled.

But in any case the anecdote is so poetic it hardly matters whether it’s true or not.

‘Tricyclic Transform’ will be screened at Dukes at Komedia cinema on Sunday November 29th at 12 noon, as part of Experimenta, the program of experimental shorts made by Brighton filmmakers of Cinecity festival.

I’ll be attending the screening, and the screening of Brighton drama shorts scheduled just after, to see what other people have been up to. Please come have a chat, I’m interested in collaborating with other Brighton creatives, especially actors/performers and sound designers/musicians.

Tricyclic Transform is now touring the US as part of Gender Reel, a Film Festival showcasing film and video by gender non-conforming, gender variant/queer and transgender people. Dates are now scheduled for Boston, Minneapolis, Omaha, Houston, with further dates TBA for Durham in autumn 2015 and New York University in spring 2016.