In Digital Art, Christiane Paul writes about a type of Digital Art that uses Digital technologies as a tool, without necessarily ‘reflecting on those technologies’ aesthetics [nor] making a statement about them’.

Among the works of this types, Craig Kalpakjian’s digital video Corridor (1997) follows a computer generated seemingly endless hallway that causes in the viewer feelings emptiness and alienation by way of its cold formal perfection.

She makes a difference with Digital Art using digital technologies as a medium. She says that such art ‘exclusively uses the digital platform from production to presentation’ and ‘exhibits and explores that platform’s inherent possibilities’. In consequence, such art is ‘interactive, participatory, dynamic, and customizable’ but it ‘has multiple manifestations and is extremely hybrid’ and its theme is not necessarily technology-related. She classifies interactive installations within this category of art, and I feel this is the direction I could take to use more cutting edge technologies within my work. I am particularly interested in installation that use digital technology to go beyond traditional video installation by enhancing the feeling of immersion, or by making them react to the viewer. Christiane Paul extends her survey of such art in her essay ‘Expanding cinema: the moving image in Digital Art’, published in ‘Film and video art’ by Tate publishing.

Some immersive video installations experiment with the spatialisation of moving image in a physical environment, for example Michael Naimark’s Be Here Now (1995) and Jeffrey Shaw’s Place, a user manual (1995). Both works are descriptive and documentary like, but I would like to use spatialisation together with the next type of work which explores narrative.

Other video works explore the possibility of ‘abandoning control over an image sequence’ (in Grahame Weinbren’s words), constructing a digital cinema based on interactive visual narratives.

One of the earliest interactive narrative films is Lynn Hershman’s Lorna (1979-84) made for television. The viewer navigates the narrative with a remote control. The minimal control technology is similar to a favourite piece of mine, Markus Schinwald’s Dictio Pii, where the viewer switches between characters’ point of views using a remote control. Lorna tells the story of a woman who lives a completely isolated life in her appartment, her TV being her only interaction with the outside world. The disruption in the non-linear narrative caused by the viewer’s using the remote mirror Lorna’s unstable psychological state. The story has three possible endings: escape from the apartment, suicide or the end of mediation by shooting the television.

Weinbren’s own work Sonata (1991-3) blends two classical works, allowing the viewer to modify the steam of the narrative. The 2 story lines share the themes of seduction and murder: the Biblical story of Judith who pretended to seduce and decapitated the general Holofernes, and Tolstoy’s The Kreuzer Sonata in which a man’s suspicion that his wife has an affair with a violinist leads him to kill her. 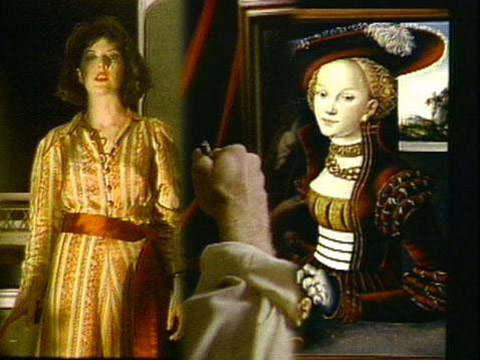 Toni Dove made a trilogy of digital video installations that address the unconscious of consumer economies.

In Artificial Changelings (1998) (on Toni doves’s website and on , the viewer controls the narrative by stepping into four sensor-controlled zones on the floor. Zone 1 steps into a character’s mind, Zone 2 prompts a character to address the viewer directly and Zone 3 induces a trance or dream state. The last zone causes the story to travel into the past. 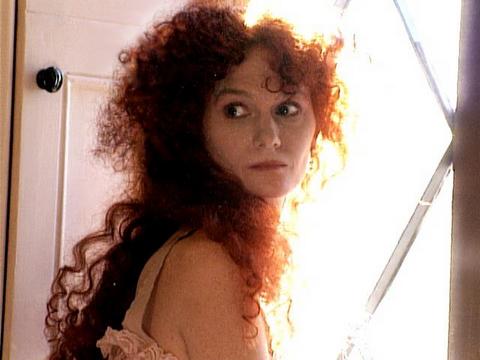 Spectropia (1999-2002) uses the metaphor of time travel and supernatural possession to connect two narratives, one taking place in the future and the other in 1931. The interface employs sensors, speech recognition and vocal triggers in order to enable viewers to navigate the spaces, speak to characters and have them respond, move a characters’s body and alter or create a sound.

I found those works very interesting and relevant to my practice because they explore dark psychological themes. It’s almost as though they use the possibility of random choices afforded by digital technologies to simulate the often erratic and irrational way human beings make decisions and choices.

I might look for further information on the subject in a book she recommends: Expanded Cinema (1970) by Gene Youngblood.

I found Christiane Paul’s book an interesting read because it helped me contextualise my own practice within digital art, while I often feel I share little concern with the more technology-centric hardcore digital art. It gave me ideas about how I could use more cutting edge technology within my practice while still keeping my non-technology minded themes.